What makes a perfect summer party for co-workers? At least sports, sauna, delicious food and live music are essentieal elements. And maybe gambling also! Employees of Helsinki based company SeaKing Oy got to spend a versatile recreation day on a hot summer day in 2018. The goal of the day was to let around 40 – person employee crew loose in the middle of hectic everyday chores and to promote synergy. SeaKing is a part of multinational concern that develops and manages cruise ship catering systems.

Wakeboard trial was a huge hit!

The day began with a transportation to Laguuni – resort, which is a water sport & restaurant pier located in Espoo’s Keilaniemi. Program at Laguuni consisted of wakeboarding, SUP – boarding, SUP – Polo and water trampoline jumping. ” Wakeboarding turned out to be the number one activity. The group was divided to two courts, where the staff of Laguuni challenged them to push their own limits with the sport.”, says the producer of the summer party, project coordinator Julia Turunen from Elämys Group. After sports, the group moved on to enjoy sauna at a sauna ferry. After the steamy session it was lunch time. Restaurant Blägä of Laguuni provided the delicious burgers. The men behind restaurant Blägä are the pioneers of Finnish street food. The founders of Street Gastro – restaurants Pertti Kllioinen and Pasi Hassinen.

Once bellies were full and people had taken time to relax on the sun patio overlooking the sea, it was time to head towards Casino Helsinki. The group had an instructed tour and a gambling school arranged at the casino. The group enjoyed drinks while being instructed what to remember when playing blackjack and how to avoid making the amateur mistakes. Towards the end, a playful Royal Derby – tournament was arranged for the group. Royal Derby is a mechanical horse derby simulator. After the gambling school it was time for show & dinner. A three-course meal was served at the Casinos Fennia – salon, where a Tribute to Bon Jovi – show took place. The show presented hits from the past and allowed the group to dive into the memories of past decades. The dinner was followed with a surprise: Everyone was given a small amount of gambling chips, with what it was time to take the previously had lessons to use. Everybody got to try their luck at the actual casino games. 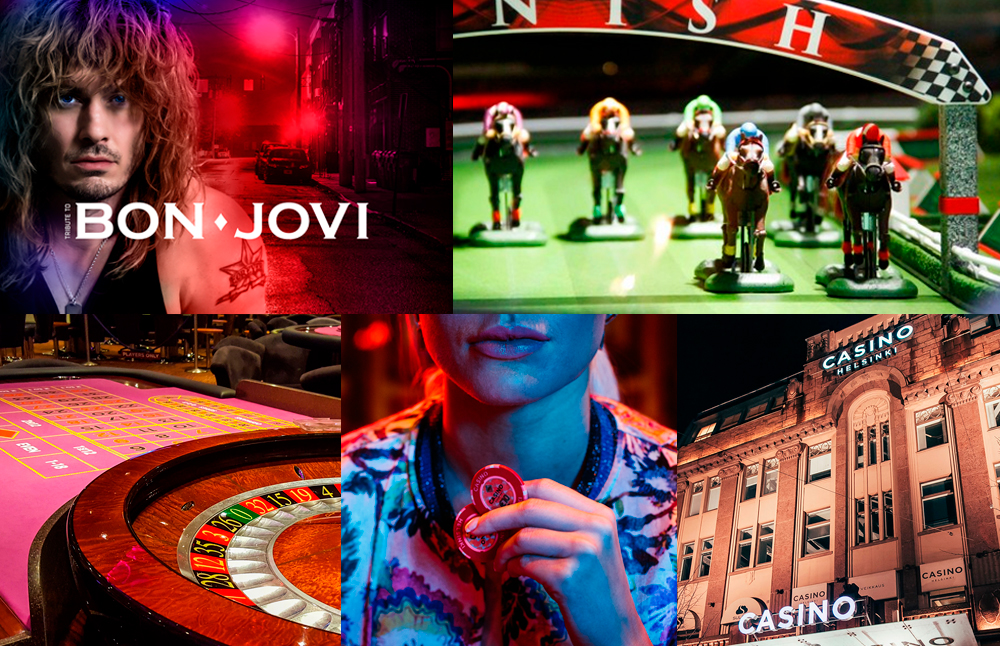 The day ended at a nightclub

Once chips had been cashed or spent, the employees of SeaKing headed to Teatteri – nightclub. A reserved table with drinks on the house was waiting for the group at Teatteri. It was time to wrap up the eventful day and enjoy the last moments of recreation day together ” This was a versatile day for an active group, that wants to try new things on a recreation day. The program would have been doable on a rainy weather as well, but luckily we had sun shining the whole day”, rejoices Project coordinator Julia Turunen.