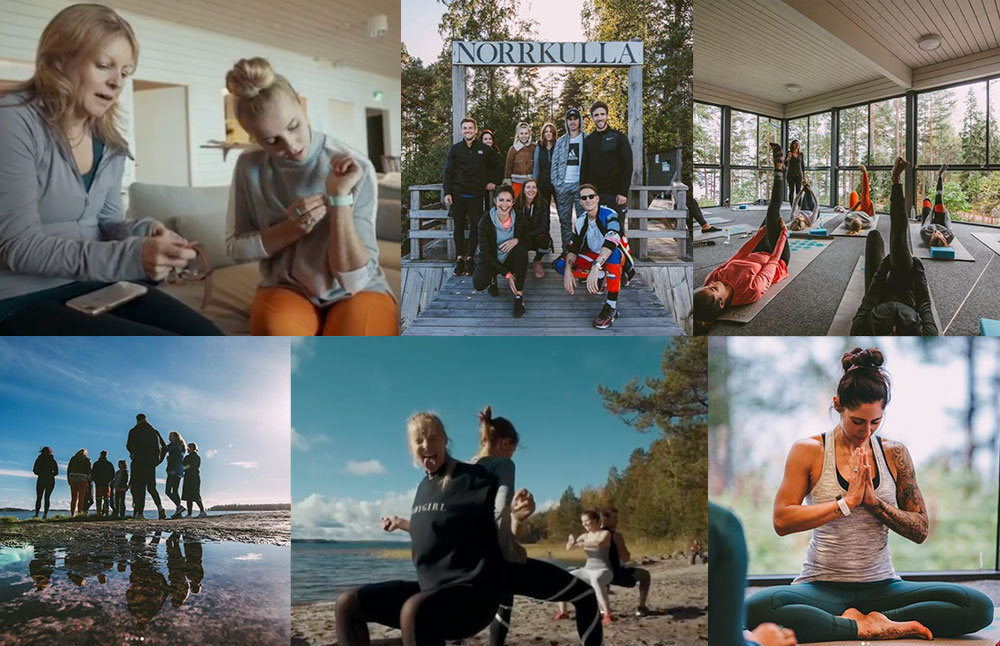 Fitness professionals attended a private fitness trip filled with activities in the archipelago of Sipoo. Group of British fitness professionals spent a week in Finland in the turn of September & October 2018. The group’s wishes were privacy, chance to work out as much as possible and an opportunity to enjoy the serenity of surrounding nature. Elämys Group designed the program of the trip from start to finish in co-operation with a London based partner. This is the result!

18-person group arrived from London to Helsinki at the end of September. They were transported to Sipoo’s Kalkkiranta directly from the airport. A 20-minute ferry ride took the group from Kalkkiranta to the island of Norrkullalandet, where the accommodation of the group called Villa Seasong was located.

”Whole group was extremely impressed by Finnish nature already on the bus ride from airport to Sipoo. They photographed the views that opened on the sides of the highway and sighed from admiration”. Producer in charge, Karoliina Ala-Opas from Elämys Group summarizes.

Once the participants had unpacked, the official program begun. First up was a tour around the island, after which it was time for yoga. In addition to the daily yoga routines, the program consisted of beach volley, jogging along the nature paths, church boat rowing and other exercises. Not to forget swimming, sauna and relaxing in a hot tub! A delicious dinner was served at the end of each day. On the last day, the theme of the dinner was a traditional crayfish party with drinking chants and schnapps.

The group spent most of the time on the island of Norrkullalandet. Except for a trip to island of Kelvenne located in lake Päijänne that took place on the second day of the trip. The group spent the day in Kelvenne by hiking, doing HIIT -exercise routines, sup boarding and enjoying a delicious lunch. The trip to Päijänne was organized in co-operation with local subcontractors of Elämys Group. The same companies were in charge of the ferry transportations and meal food services.

Before the arrival of the group was confirmed, two people from London came to inspect the plan made by Elämys Group. They reviewed Norrkullalandet and the planned accommodation, walked through the island and were confirmed that the destination would provide the needed framework for the trip. The Londoners were mesmerized over the site and they became convinced that the trip would turn out to be an unforgettable experience for the British sports celebrities.

Finnish guide Nancy accompanied the group throughout the whole trip. Nancy made sure everything went according to plan and that no problems would occur during the stay. The remote location of the island provided the group with much appreciated privacy. Precise planning was needed due to weather conditions: Many activities had plan B’s in case the weather would have taken a turn for worse. Luckily the Finnish autumn presented its best sides for the British visitors.

The group was most impressed by the beauty of Finnish nature.

” They couldn’t comprehend the calmness, that was present on the island. They praised the whole trip and the program we had planned with all their heart. British yoga instructor even started to plan a yoga retreat to Finland.”, says Ala-Opas.

#TBT to #HouseOfFit last week! From workouts on the beach, hiking the great forests, paddle boarding and stunning lakes, to yoga at sunset in serene Finland, check out how we got to grips with Fitbit's latest tracker, Charge 3! 🚣🌲💦