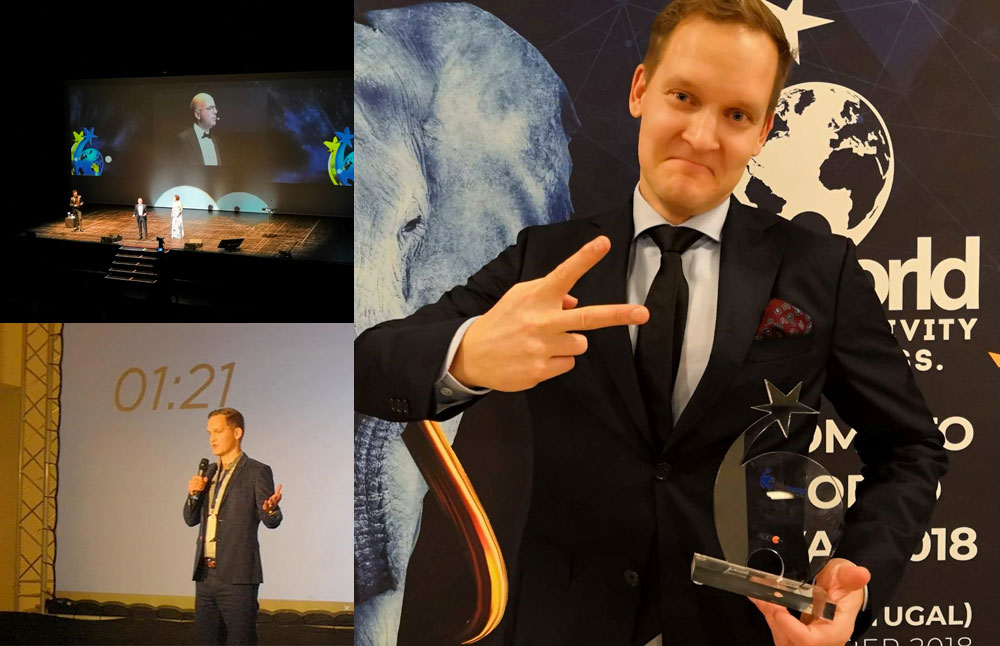 EuroBasket home games in Helsinki was one of the nominees for best sporting event 2017 at the BEA World Competition finals in Coimbra, Portugal. In the spring 2018, EuroBasket 2017 already won the Finnish Evento Award for Best Consumer Event Series, at the Finnish Sports Awards Gala.

Elämys Group was the one of the event partners of the Basketball Association for the EuroBasket home games, in charge for design and production of the Fan Zone at Kansalaistori, the afterparty at Susiklubi, and the Arena VIP services.

The BEA World Prize hosted in Portugal was delivered on Friday to Elämys Group, the event partner of the Basketball Association. The award was delivered to the Managing Director Jussi Viskari.

The goal was to win, but as it happens in sports, this time the Norwegians ended the final race in first. It is still a great thing that the International Jury made Finland’s most important Basketball event the world’s second-best sporting event in the world. Behind the winners there were many impressive events, many of which had greater resources available, says Elamys Group’s Managing Director Jussi Viskari on the spot in Portugal.

BEA rewards the best in the event industry every year. The BEA shortlist has a total of 164 events placed in 15 different categories from 26 different countries. In the series of sports events with the Finnish basketball experience four great events took place, among them: an Italian football event and an export event from Russia. However, the Norwegian football event won the prize.

Being in BEA World’s shortlist and winning the silver medal are the most prominent prizes in the event industry for Elämys Group and reaffirm the company’s international quality certification.

Partnership and unforgettable basketball trips to be continued

Susijengi fans have been enjoying the co-operation between the Basketball Association and the Elämys Group since 2014. The Elämys Group has responded, among other things, for the Susijengi Fans’ World Championships and the European Championship trips to Bilbao and Montpellier under the Elämysmatkat brand, carried out in both cities for the whole Sudenpesä.

The parties agreed to continue and expand their cooperation. In addition to the contract for sports travel and the design and production of fan services, the Elämysmatkat will continue to work as an official travel and event partner for the Finnish Basketball Association and Susijengi in Finland and abroad. The purpose of this co-operation is also to create unique experiences for fans and the basketball community, especially during their trips.

Every Susijengi’s fans trip to the guest games and the Susijengi players’ team matches is planned in co operation. We aim at creating an exclusive and unique experience for each journey.

New pleasant trips following this co-operation model will be organized in New York and Chicago to follow Lauri Markkanen in the NBA parquet.