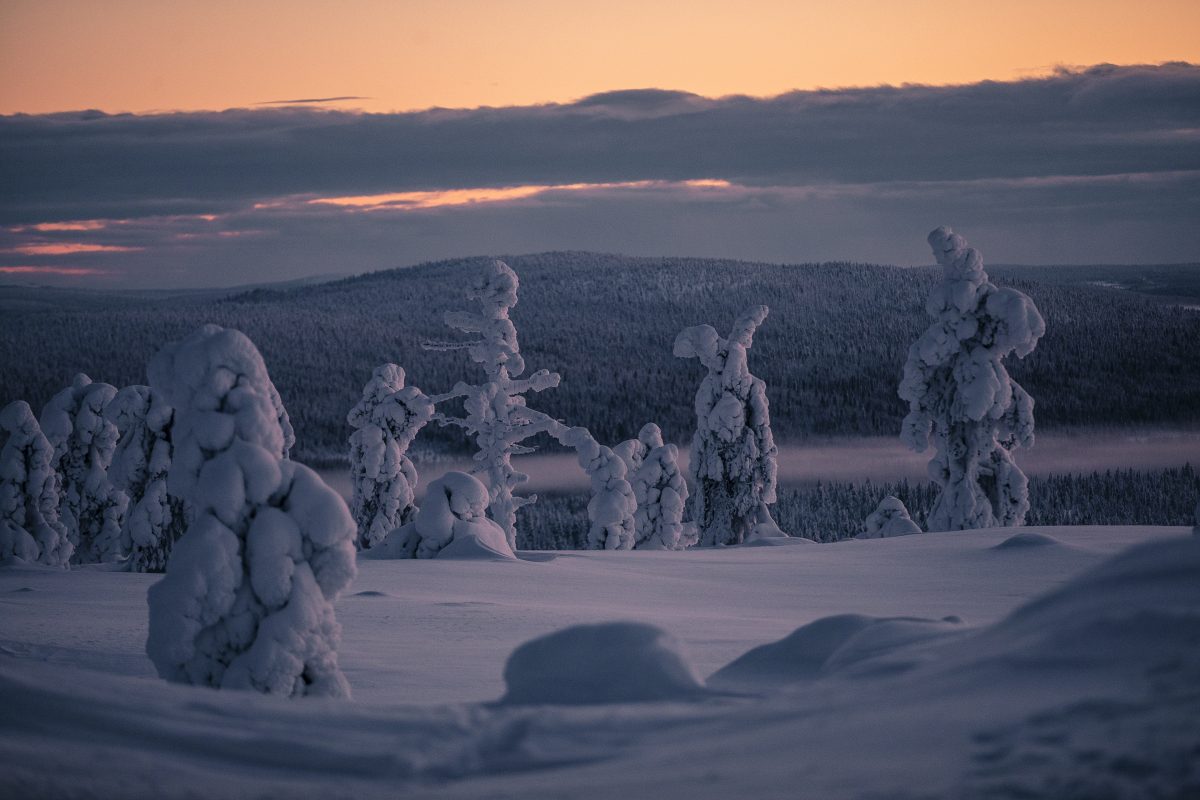 Polar night, in Finnish called Kaamos, is well-known natural phenomenon in an Arctic Circle area. It is the time when the sun does not rise above the horizon. The further north you go, the longer the polar night lasts. In the northernmost parts of Finland – in Nuorgam and Utsjoki – the polar night starts in late November and ends after mid-January. In southern Lapland the polar night is significantly shorter, as in Rovaniemi it lasts only two days.

For this winter the polar night has already ended in some parts of Finnish Lapland, and the sun will rise above the horizon more and more every day. This makes January one of the most beautiful time for the sunsets and different shades of blue, purple and pink colors on the sky.

Is it really dark all the time?

Simple answer, no. Many people might think it is just pitch black during the polar night, but actually it is quite bright! Especially when there is snow. Most Finns agree that the darkest time during the year is before the polar night, around October when there is no snow yet. However, the polar night has its effects to people and during this time you might feel more tired than usual and have no energy to do as much as normally. That´s why it its important try to keep your daily routines and take some D-vitamin pills.

You might wonder what can you do during the shortest days and is it worth it to visit in Finland during that time. If you ask us, we would say yes. It is not the peak-season in Finnish Lapland, so there are not as many tourists (except during Christmas – New Years) and you can do all the same things you would do any other time during the winter! Go skiing or snowboarding, husky sledging, Aurora hunting, snowmobiling, you name it!

And the nature! It is just magical during the polar night; admire the Northern Lights as early as in the afternoon or go husky sledging during the famous blue moment. Polar night is also a great time for photographers to capture the most beautiful moments in the Finnish nature.

If you want to check the duration of polar night in different locations in Finland you can use Expedia´s Polar Night Counter.

We will wish you a nice start of the year 2022 and hope you will enjoy the winter if visiting in Finland now or in the future!

The main image of the post: Discover Muonio Lapland